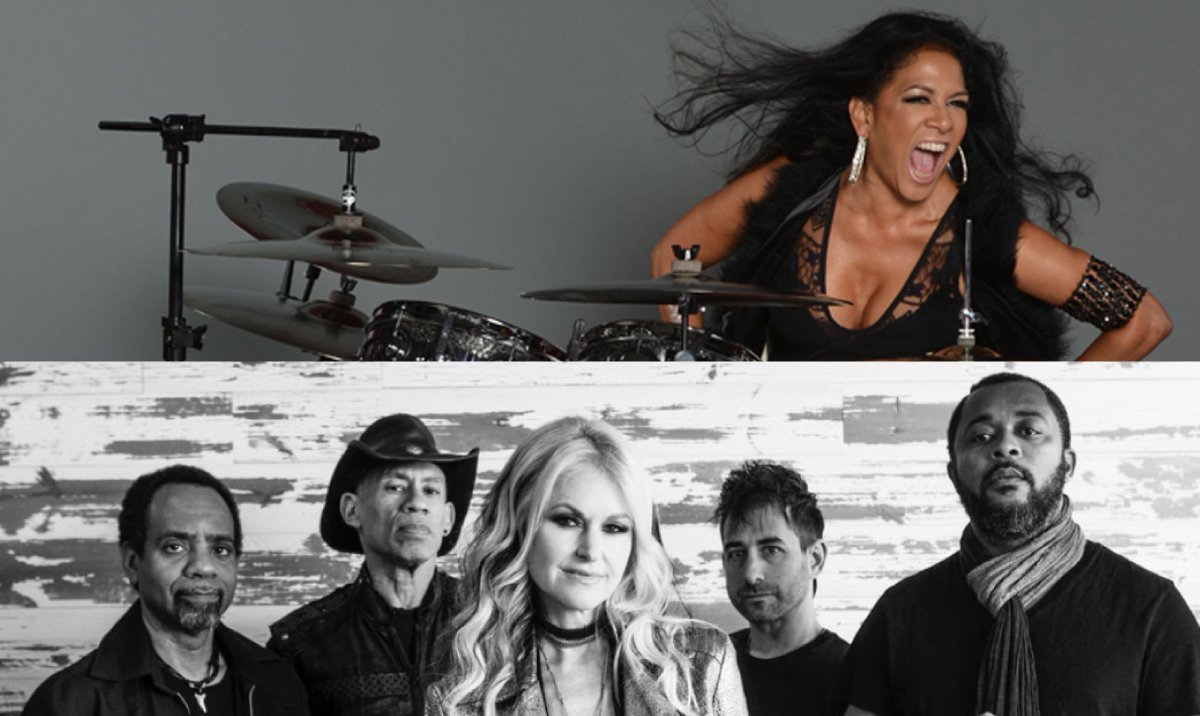 Guided by the forces of family, faith, and music, Sheila E. has made a name for herself as one of the most talented musical icons over the decades. With a fearless nature and a passion for sharing her gifts with others, Sheila truly follows the beat of her own drum. She touches the lives of so many, with her dynamic music career at the heart of everything. Sheila’s eagerness to share her music, openness as an author, and fire for her ministry make her such a relatable, inspirational figure for people of all ages.

Born into a musical family, Sheila Escovedo (Sheila E.) has been driven by an inner rhythm her entire life. As a young girl, she was immersed in the diverse music scenes of the Bay Area—influenced and inspired by her percussionist father Pete Escovedo; musical uncles Coke Escovedo, Alejandro Escovedo, Mario Escovedo, and Javier Escovedo; and godfather Tito Puente. Growing up in the Escovedo household, musical instruments were for everyone. “Nobody cared as long as you could keep time (or have a good time),” she writes in her memoir, The Beat Of My Own Drum.

Pete Escovedo, Sheila’s father, has recently released his own memoir detailing the musical story of his life and family. It is available for purchase online.

Before Sheila had language, she had rhythm. When she was 3 years old, she developed a love for playing various musical instruments, feeling the most connected to the drums and other percussion instruments. Born into an environment filled with music, with music running through her veins, Sheila found an inner beat that fueled her every move. As a young child, she’d copy the hand movements of her father as he played the drums—planting the seed for what would quickly become her life’s passion.

At the age of 5, Sheila gave her first public performance for an audience of 3,000, appearing alongside her dad. It was while on that stage playing a drum solo that Sheila first realized she was going to be a percussionist. Five decades later, and the beat that has always driven her is showing no signs of slowing down. The famous drummer, singer, songwriter, author, humanitarian, and icon is following the beat of her own drum. She considers music to be the purest form of self-expression and the one true love of her life.

One of the most recognized and sought-after saxophonists/vocalists, two-time GRAMMY nominee Mindi Abair has been electrifying audiences with her dynamic live performances and utter command of the saxophone since her debut album in 2000.  No one since Junior Walker has brought saxophone and vocals in one package to the forefront of modern music, with a raucous tone and dynamic stage presence.  She has garnered ten #1 radio hits, six Top 5 solo records and two #1 spots on the Billboard album charts.  In 2014, Mindi received her first GRAMMY® nomination in the Best Pop Instrumental Album category, followed by a 2015 GRAMMY® nomination for Best Contemporary Instrumental Album for her solo LP Wild Heart featuring Gregg Allman, Joe Perry, Trombone Shorty, Booker T. Jones, Keb’ Mo’, and Max Weinberg.

The daughter and granddaughter of working musicians, Abair continues to captivate fans while evolving her sound.  In 2014, after two seasons as the featured saxophonist on the hit series American Idol, Abair released Wild Heart.  This LP showcased a compilation of grittier rock and soul tracks featuring some of the biggest names in music.  To help translate this sound to her live shows, Mindi enlisted longtime friend and The Boneshakers founder Randy Jacobs (Bonnie Raitt, Was Not Was, Willie Nelson) to inject his brand of Detroit Blues Rock.  The collaboration was undeniable, and it lead to an almost immediate decision to join forces creatively.  Mindi Abair and The Boneshakers features band leader Mindi Abair (Saxophone, Vocals), Randy Jacobs (Guitar, Vocals), Rodney Lee (Keys), Ben White (Bass, Vocals), and Third Richardson (Drums, Vocals).

Mindi Abair and The Boneshakers LIVE in Seattle was released September 2015 to significant critical acclaim, and a 2 ½ year non-stop tour schedule across the US.

Mindi authored the book “How To Play Madison Square Garden – A Guide to Stage Performance” and serves as a National Trustee for The Recording Academy.