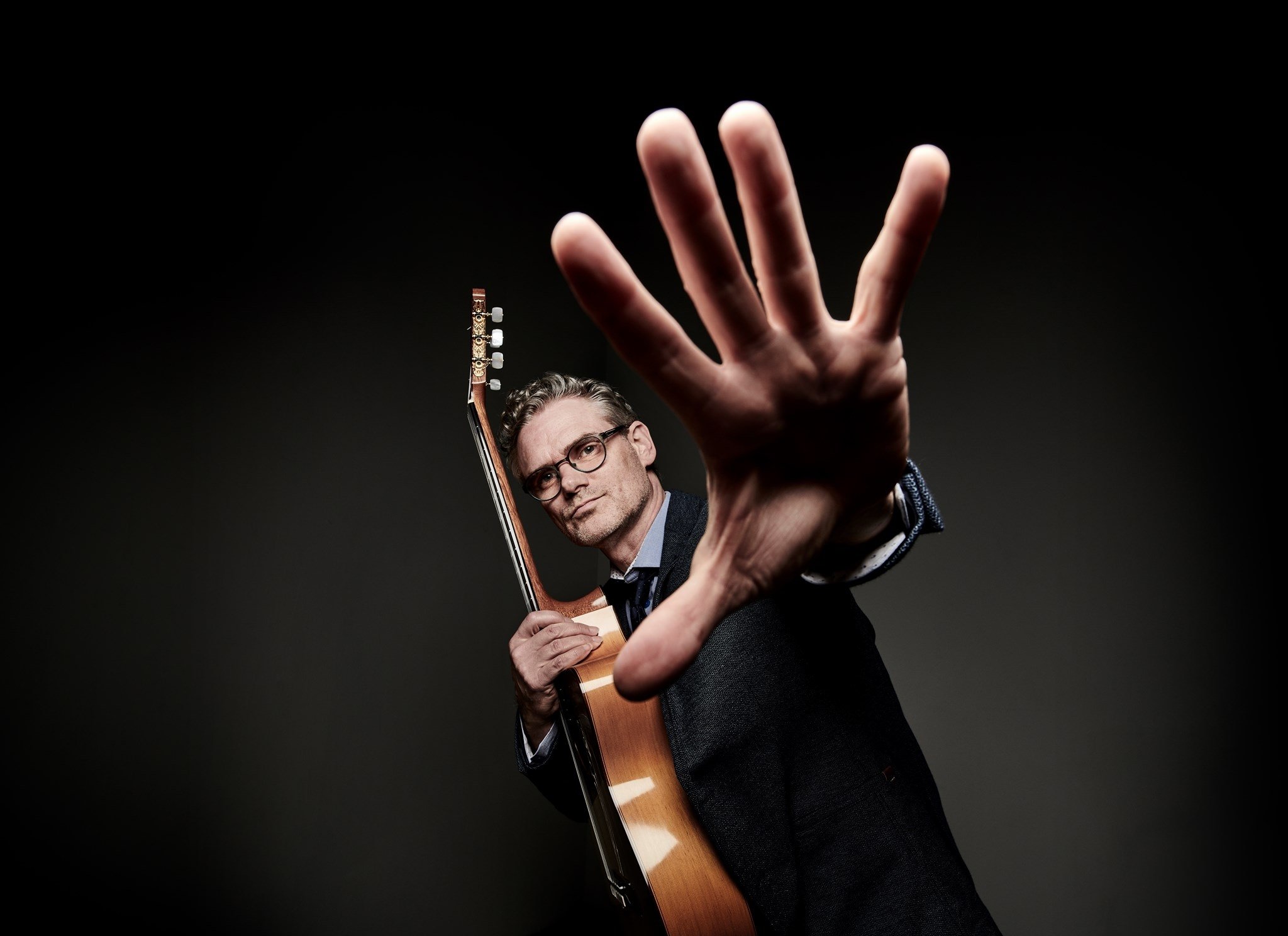 He was born to photographer and filmmaker John Cook and television director and producer Heather Cook.

Back at home, he continued his studies in classical and jazz guitar at Canada’s Royal Conservatory of Music, York University, and Berklee College of Music in the United States.He has often quippedthat he later attempted to unlearn it all while immersing himself in the oral traditions of gypsy music.

After the independent 1995 release in Canada of his debut album, Tempest, he played at the 1995 Catalina Jazz Festival; shortly afterwards, Tempest entered the American Billboard charts at No. 14.

Cook has recorded ten studio albums, five live DVDs and has traveled the world exploring musical traditions that he has blended into his style of rumba flamenca.

In 1998, Cook was nominated for a Juno Award as Instrumental Artist of the Year.  In 2001, he received a Juno Nomination for Best Male Artist.   In 2001, Cook won a Juno Award in the Best Instrumental Album category for Free Fall.   In 2009, he was Acoustic Guitar‘s Player’s Choice Award silver winner in the Flamenco category (gold went to Paco de Lucia).  He is a three-time winner of the Canadian Smooth Jazz award for Guitarist of the Year and numerous other awards.

In 2011, Cook began filming, directing, and editing his own music video  with the release of Virtue. He has since directed, filmed, and edited eight music videos, 16 episodes of Friday Night Music, and produced, edited, and mixed the PBS Concert Special Jesse Cook, Beyond Borders.

Cook has said of his music: “If you go to Spain and you play [my] music, they’ll say, what is this? They don’t recognize it as Flamenco because it’s not, it’s a hybrid. I love Flamenco, but I also love world music, jazz, pop, Brazilian Samba, and Persian music.”