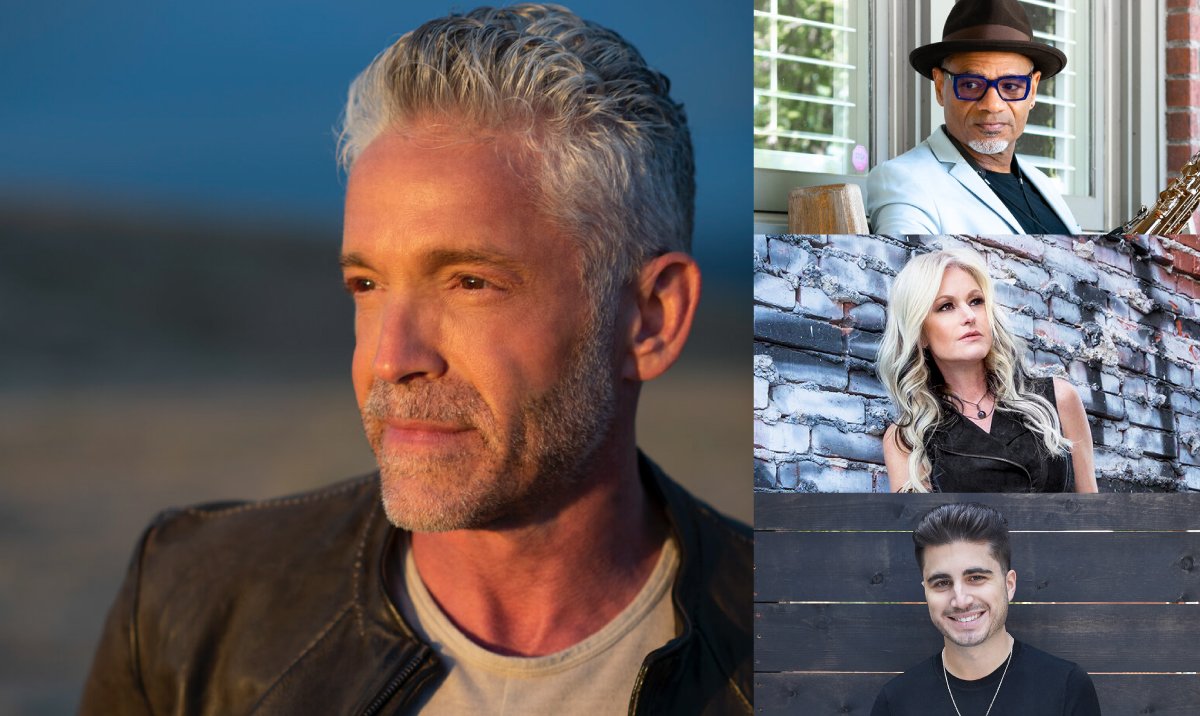 Born and raised in Los Angeles’ San Fernando Valley, Koz initially saw the saxophone as a way to gain entry into his big brother’s band. What began as a ploy became a lifelong obsession. After graduating from UCLA with a degree in mass communications, Koz decided to become a professional musician. Within weeks of that decision, he was recruited as a touring member of singer Bobby Caldwell’s (“What You Won’t Do For Love”) band. It was during this time that Koz befriended keyboardist Jeff Lorber, who invited Koz to play on one of his tours. That stint was followed by a 14-month tour with pop singer Richard Marx.

Signed to Capitol Records by Bruce Lundvall in 1987, Koz released his self-titled solo debut album in the fall of 1990. This was the first installment in a large body of best-selling work, which includes the Gold-certified Lucky Man (1993), Off the Beaten Path (1996) and the holiday-themed albums December Makes Me Feel This Way (1997) and Dave Koz & Friends: A Smooth Jazz Christmas (2001). His Gold-certified fifth album, The Dance (1999), spawned no less than five Top 5 contemporary jazz hits. Saxophonic (2003) produced another four Top 5 singles and garnered two GRAMMY® nominations in two consecutive years.

In 2007, Koz released two chart-topping collections of standards. At the Movies, his lush, romantic celebration of timeless melodies from cinema, spent 12 weeks atop Billboard’s Top Contemporary Jazz chart. Produced by the legendary Phil Ramone, it was nominated for a GRAMMY® in the Best Pop Instrumental Album category. Memories of a Winter’s Night, a festive collection of holiday standards, hit No. 1 on Billboard’s Top Contemporary Jazz chart in December 2007. Dave Koz at the Movies Double Feature CD + DVD followed in early 2008, which featured the At the Movies CD with two previously unreleased bonus audio tracks, a new DVD and a track-by-track commentary. Along the way, his numerous television appearances led to stints as band member on “The Arsenio Hall Show,” as band leader on “Emeril Live” and as host of PBS’s “Frequency.”

Capitol Records released Dave Koz: Greatest Hits, his first-ever retrospective album, in the fall of 2008 and it debuted at No. 1 on both Billboard’s Top Contemporary Jazz Albums chart and iTunes’ Jazz Album chart. The collection featured many of Koz’s smash singles, including “Castle of Dreams,” “Can’t Let You Go” (featuring Luther Vandross), “Together Again,” “Honey-Dipped” and “All I See Is You,” plus four brand new songs. The lead single, “Life in the Fast Lane,” which Koz co-wrote with writer/producer Darren Rahn, spent seven weeks at No. 1 on the R&R Monitored Smooth Jazz chart. It was followed by the Top 5 single, “Bada Bing.”

Hello Tomorrow, Dave’s first album for Concord Records, debuted at No. 1 on both Billboard’s Top Contemporary Jazz Albums chart and iTunes’ Jazz Album chart, and was named Best Smooth Jazz Album of 2010 by iTunes. The CD was nominated for a GRAMMY® Award for Best Pop Instrumental Album. Hailed as “an event record” by The New York Times, its lead single, ‘Put the Top Down,” spent 18 weeks at No. 1 on the Mediabase Smooth A/C chart—the longest stint at No. 1 of any of Koz’s chart-topping hits. Ultimate Christmas, featuring 18 perennial holiday classics performed by Koz, bowed in 2011 on Capitol/EMI. Live at the Blue Note Tokyo, Koz’s first live CD, was released by Concord Records in 2012 and received a GRAMMY® nomination for Best Pop Instrumental Album.

Koz and his friends Gerald Albright, Richard Elliot and Mindi Abair turned to producer Paul Brown (Al Jarreau, George Benson, Boney James) to help them realize the vision for 2013’s first outing of Summer Horns (Concord Records), which paid tribute to the high-octane, richly arranged horn sections that fueled so many hits in the ‘60s and ‘70s. The album also features trumpeter/flugelhornist Rick Braun, trombonist Brian Culbertson, vocalists Michael McDonald, Jeffrey Osborne and Jonathan Butler, plus arrangements by Greg Adams (Tower of Power) and Tom Scott (Michael Jackson, Steely Dan). Topping it off is a sax-only rendition of “Take Five” with Gordon Goodwin offering his arrangement to the quartet and a new original composition, “Summer Horns.” The album was honored with a GRAMMY® nomination for Best Pop Instrumental Album and an NAACP Image Awards nomination for Outstanding Jazz Album.

Koz is constantly touring, with annual summer and holiday tours. Another Summer Horns tour kicks off in July 2019. He completed a four-year term on the GRAMMY® Foundation Artists Committee and has served as National Trustee for the National Academy of Recording Arts & Sciences (NARAS).