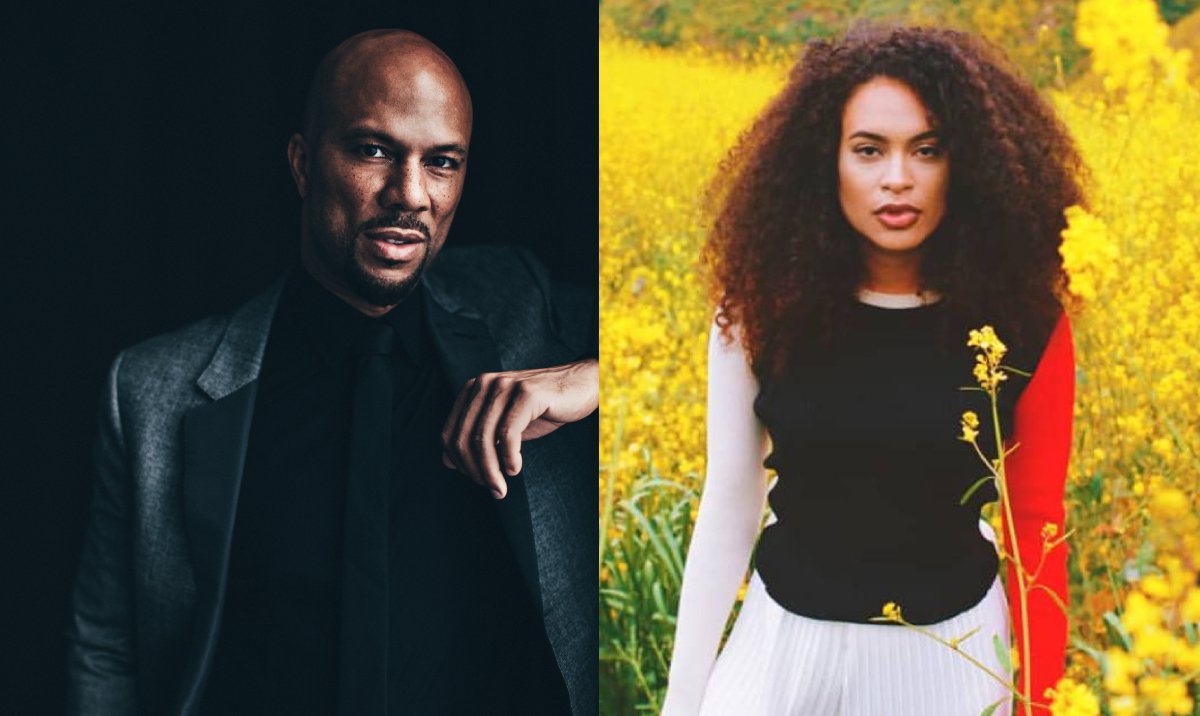 With his multi-Grammy Award winning music career, continued work in film and television, and multiple written works, Common has emerged as one of Hollywood’s most sought after leading men.

His numerous previous accomplishments in film and music include starring on the silver screen in films such as SMOKIN ACES, AMERICAN GANGSTER, WANTED, TERMINATOR SALVATION, DATE NIGHT and JUST WRIGHT. In 2004, he partnered with Chicago native and rap music mega-star Kanye West to produce the album BE, which went on to garner four Grammy Award nominations. In 2007 COMMON released his critically acclaimed seventh album Finding Forever where it debuted at #1 on the Billboard 200 Album Chart and it went on to earn a Grammy award. His eighth album, Universal Mind Control, was released in 2008 and was nominated for a Grammy in the category of Best Rap Album.

COMMON will next be seen starring alongside Ashton Kutcher, Robert De Niro, Halle Berry, Jessica Biel and Hilary Swank in New Line’s NEW YEAR’S EVE. Directed by Garry Marshall, this romantic comedy will premiere on December 9th, 2011. Also due out in 2011 is the much anticipated AMC series, “Hell on Wheels.” COMMON plays the role of “Elam,” a freed slave who comes west in post-Civil War America seeking work on the Transcontinental Railroad. COMMON has also recently finished filming the Walt Disney Studios Motion Picture fantasy film THE ODD LIFE OF TIMOTHY GREEN alongside Jennifer Garner, Joel Edgerton and Ron Livingston. Next up COMMON is set to start filming alongside Danny Glover and Michael Rainey Jr. in L.U.V. as “Uncle Vincent,” a troubled ex-con who finds companionship with his shy 13-year-old nephew.

Prior to acting, COMMON rose to prominence as one of hip hop’s most poetic and respected lyricists having recorded over eight albums and garnering multiple Grammy Awards. COMMON’S highly anticipated ninth album, The Believer, The Dreamer, will be released by Warner Bros. Records in November, 2011. The first single from the album, “Ghetto Dreams” featuring Nas, was recently released. The single artwork features a rare photo of Common and Nas from a video shoot in the mid 90’s.

COMMON also offers an even younger generation a better understanding of self respect and love, by utilizing the cultural relevance of hip hop in the children’s books he has written. His first book, entitled The MIRROR and ME, teaches lessons of life, the human spirit, and human nature. His follow-up book I Like You But I Love Me was nominated for an NAACP Image Award, and in 2008 he released his third book, M.E. (Mixed Emotions). COMMON will soon add to this list of accomplished written works with his revealing memoir, One Day It’ll All Make Sense. Every aspect of his life’s journey is unveiled in this deeply personal account of who COMMON is and the people, faith and events that have shaped and molded him into the award-winning, critically acclaimed conscious artist of today. This memoir will be on shelves beginning September 13, 2011 from Atria Books.

In addition to his music, film, and literary pursuits, COMMON has been the face, voice and inspiration behind some of the largest consumer brands in the country. COMMON was the voice of Gatorade’s G Series Sports Drink commercial that was launched during Super Bowl 2010. In 2009, he was announced as the face of the new Diesel men’s fragrance Only the Brave and he partnered with Microsoft as the inspiration and one of the designers to launch their Softwear clothing t-shirt line.

COMMON is a regularly requested guest speaker known to motivate and empower collegiate minds while speaking at prestigious universities across the country. In 2000, he launched the Common Ground Foundation, whose mission is dedicated to the empowerment and development of disadvantaged youth in urban communities by mentoring in three areas: character development, creative expression and healthy living.

Whether inspiring audiences through music, movies, television, books or his foundation, COMMON continues to break new ground, and remains to be one of hip-hop’s most innovative, positive voices.

Some voices resound around the world.

They emanate the power to cross borders and break boundaries, uniting listeners everywhere to sing along. Charged up by gospel grandiosity, sun-kissed island grooves, and R&B soul, Nicole Bus wields such a voice. An empathetic writer, powerhouse vocalist, talented multi-instrumentalist, and impassioned performer, the Dutch-born multicultural songstress delivers a striking signature style on her 2018 debut for Roc Nation.

Most importantly, the girl has got something to say…“I’m half-Dutch and half-Curaçaose, so I get to see different sides of the conversation,” she says. “I’ve got an understanding of where people are coming from. In the current moment we’re living in, I think that’s so important. I just want to bring as many people together as possible.”

She most definitely can. Growing up in a small Holland village, Nicole vividly recalls listening to Sade, Bob Marley, and various gospel artists a la Ron Kenoly alongside her dad. On weekends, she sang in church before eventually picking up a keyboard at ten-years-old and cooking up countless rudimentary beats on 8MB floppy disks.

In high school, a mentrix who gave her theater and dance lessons introduced her to Lauryn Hill by way of the artist’s seminal MTV Unplugged performance, and it proved nothing short of life-changing. “It showed me how to put all of my emotion and passion into music,” she elaborates. While studying at the Conservatory of Amsterdam, she received opportunities to perform around the globe. The budding talent’s travels saw her engage crowds in Nicaragua, Israel, Palestine, Morocco, Indonesia, and throughout The Netherlands. In 2013, she participated in The Voice of Holland and emerged as a quarter-finalist as her profile dramatically grew. After winning another music competition, she met multiplatinum producer Needlz [Drake, Cardi B, Bruno Mars]. During 2018, Roc Nation heard a snippet of her music on Needlz Instagram and immediately reached out. Signed to the entertainment industry powerhouse, she dove headfirst into cooking up new music for 2018.

Nicole’s first single “You” hints at the scope of her robust range and the international implications of the sound. A reggae groove simmers beneath jazz-y horns as her jaw-dropping delivery takes the spotlight before slipping into a sample of the original instrumental behind Wu-Tang Clan’s classic “C.R.E.A.M.” It’s poetic, powerful, and provocative—and the perfect way to get to know the singer.“In the media, the profile of black males is pretty negative,” she sighs. “In the heavy times we’re going through right now, we don’t have an encouraging song about the beauty, strength, and intelligence of our black men. I decided to write one. I thought it would be cool to turn it around make a love story about this subject. The ‘C.R.E.A.M.’ sample felt so perfect. It’s a very beautiful dedication to boost character and morale and share love instead of all this negativity.”

With that spirit, her voice and message will resonate for a long time to come. “When you listen to me, I want you to walk away with the consciousness that you are loved and special,” she leaves off. “I would like to share my experience with others so they can get encouraged and relate to the story in the music. It would be great to see people all over the world dancing and enjoying the melodies. Whenever there’s a blue day I promise I can be the sunlight through your speakers.”