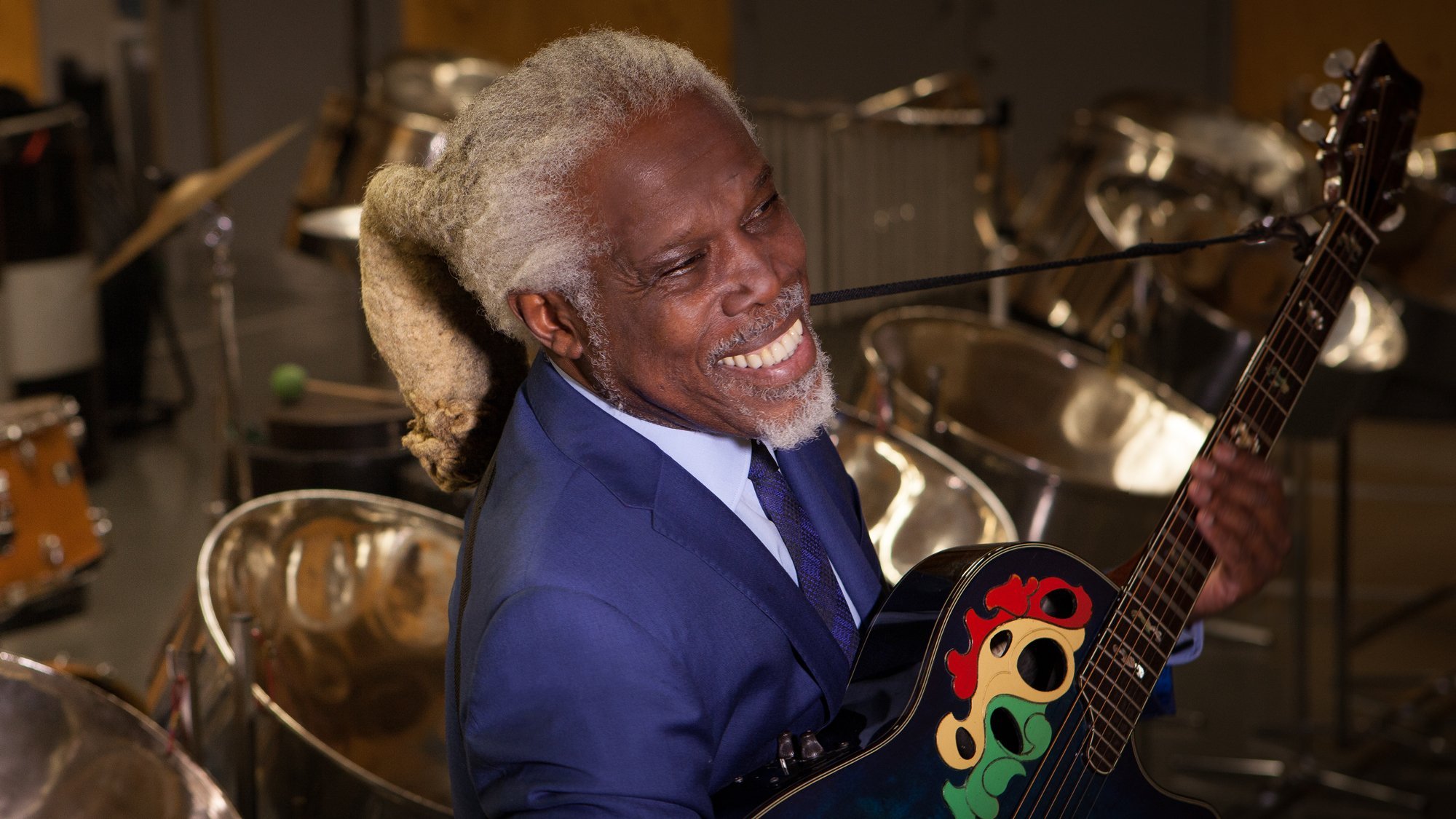 Billy Ocean is the biggest black recording star Britain has ever produced, one who has sold over 30 million records in his lifetime to date.

He has collected a pile of Gold and Platinum records across the world and hit the number one spot worldwide in the pop charts including the USA, Australia, Germany, Holland, and the UK. Billy has achieved extraordinary success as both an artist and a songwriter.

Born in Trinidad, Billy settled in London’s East End when just seven years old. The calypso crazy kid soon got turned on to soul singers like Otis Redding and Sam Cooke, as well as pop groups like The Beatles and The Rolling Stones, leading him to spend much of his study time in the music room.

Billy got his first break when he signed to GTO records, for whom his second single was the Motown-ish Love Really Hurts Without You, which reached No. 2 in the UK charts and No. 12 in the US.

Two top twenty singles followed; Love on Delivery and Stop Me, then Red Light Spells Danger became a smash in  both the UK and the US. Billy changed record labels and his move to Jive Records provided instant success, with the million selling American number one single Caribbean Queen (for which Billy won a Grammy for best R&B Vocal), followed by Loverboy, and Suddenly, which became the first of Billy’s killer ballads. The Album from which these singles came from spent a year in the US Charts selling double platinum (triple in Canada). Billy also performed on the American half of Live Aid, making 1985 a truly incredible year for him.

1986 wasn’t bad either, opening with When the Going gets Tough (the tough gets going), the theme song to the Michael Douglas/Kathleen Turner/Danny Devito movie Jewel of the Nile. Billy then launched the Love Zone album, which went straight to No. 2 in the UK charts, staying in the top 40 for six months. In the US, there was a No. 1 single with There’ll be Sad Songs (To Make You Cry). More Hits were to follow with the now classic Get Outta My Dreams; Get Into My Car, giving Billy yet another US No. 1 hit.

Billy proved himself to be one of the most hardworking artists on the live stage, touring the world to ever-growing enthusiastic audiences. After huge worldwide successes and years of touring, Billy decided to take a break to spend some well- earned time at home with his family.

In 2007, Billy decided to get back out to perform his hits again, this time with his daughter Cherie on backing vocals, with live dates in the UK, Europe, USA, Canada, Australia, New Zealand, Africa and the Caribbean. The tour was a great success and culminated in his getting the bug once more for writing and recording.

2008 saw Billy back in the studio for the first time in 15 years, recording his new album ‘Because I Love You’ which was released in 2009. In 2010 Billy went back on the road again with his band in the UK, Europe and the US with the release of ‘The Very Best of Billy Ocean’, which entered the UK album charts at number 17 and sold 72,000 copies in 4weeks.

In 2012 he went back into the studio with his old buddy Barry Eastmond to record tracks that became the album “Here You Are” which was released in 2016 entering the charts at No 4- His highest chart position since 1988.

2017 saw the “Here You Are” album released in the USA. The year was another fantastic one for him; playing shows in Dubai, USA, Canada, Spain, Mozambique, Denmark, Holland, Belgium, Germany and even Luxumbourg.

In 2018 Billy played a sell out The Royal Albert, which he felt was a real landmark.